One of the oldest running groups, the Vancouver Folk Orchestra is key to the musical culture sustained at the Ukrainian Hall. They play for the Dovbush School of Ukrainian Dance and at times for the Dovbush Dancers. 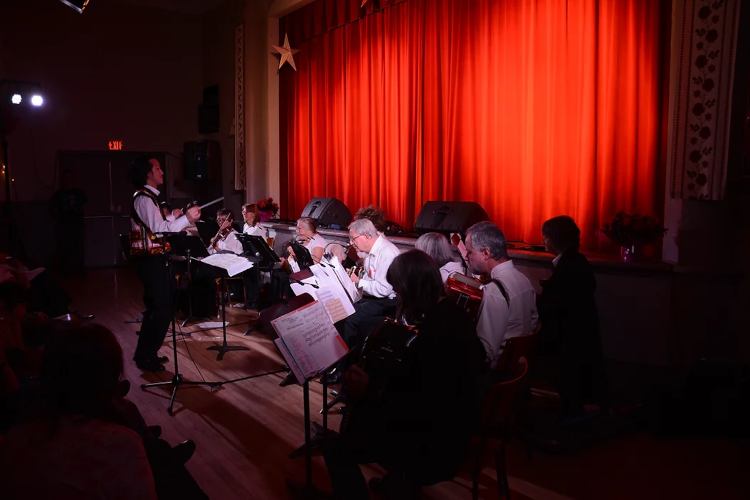 Organized in 1920 and comprised of thirteen young, pre-teen girls, the Winnipeg Girl’s Mandolin Orchestra, as it soon became known, appeared in concert on the stage of the Ukrainian Labour Temple for the first time in 1921. It has never looked back and is now regarded as being the oldest continuing performing mandolin orchestra in Canada and the second oldest in North America.

TThe Poltava Ensemble Orchestra brings to life the rich heritage of Ukrainian folk music, whether it accompanies the dancers or is featured as a performing entity unto itself. The orchestra is comprised of strings, winds, brass, keyboard and percussion.

The Calgary Hopak Ensemble Orchestra rehearses Monday evenings throughout our cultural season (September until early May). As well as performing orchestral works we provide accompaniment for our Ukrainian Dance School and adult Ukrainian dance troupe.